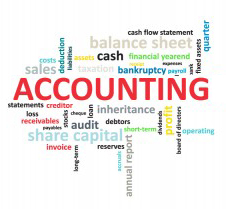 Turkey has a relatively liberal regime toward foreign investors and the establishment procedures for a foreign capital company are, to a large extent,

similar to procedures required for local companies. A foreign company may do business in Turkey in the form of a branch, subsidiary (a joint-stock

their worldwide income. On the other hand, a branch or permanent establishment of a foreign entity is regarded as a non-resident taxpayer in Turkey,

subject to taxation only for income originating in Turkey. However, due to its non-resident status, certain payments from Turkish companies to a

branch or permanent establishment may be subject to a withholding tax requirement.

From a company taxation perspective, the tax principles apply similarly to all types of companies (irrespective of having a foreigner shareholder or

not) and branches, in terms of determining their taxable base.

The corporate tax rate in Turkey is 22% (which is in the low range compared to EU countries) and applies to all forms of companies and branches.

Corporate taxes are calculated on fiscal profits over a taxation period (i.e. the calendar year, unless a specific fiscal period is granted by the tax

authorities) and after the consideration of certain additions to and deductions from the book profits as defined in Turkish Corporate Tax Law.

Corporate income tax is payable by the end of the month in which the tax return was filed (i.e. April, if the fiscal period is the same as the calendar

(22%). The advance taxes paid during the year are offset against the ultimate corporate income tax liability of the companies. Certain corporate tax

shareholder (resident or non-resident), or to non-resident corporations. The transfer of net profit after tax of a branch to a foreign parent company

reduced subject to certain conditions under Double Tax Treaties (usually reduced up to 10% or 15%). The Turkish Commercial Code also requires

that certain legal reserves be provided before profits are distributed.

Turkish value-added tax (VAT) applies to all supply of goods or services in the course of commercial, industrial, agricultural, or independent

professional activities performed in Turkey by taxable entities or persons, and the import of goods and services into Turkey. In Turkey, the standard

VAT rate is 18%. Reduced rates of 1% and 8% are also applicable for specific transactions. The transactions of banks and financial institutions are

exempt from VAT since they are subject to Banking and Insurance Transactions Tax.

VAT returns have to be filed on a monthly basis. The input VAT (paid on purchases) can be offset against the output VAT (collected from sales). The

excess output VAT has to be remitted to the tax authorities, whereas the excess input VAT cannot be refunded in cash but carried to future months.

Personal income taxes are applied at rates from 15% to 35% on a progressive income scale. The top marginal rate of 35% applies for income that

calculation and payment of income and social security premiums rests on the employer. For other sources of income, an annual income tax

declaration may need to be filed by individuals. Premium contributions payable by the employer and employee, in accordance with the mandatory

state social security scheme, are calculated in the company payroll.

Turkey currently has double tax treaties with 85 countries. The updated list of these treaties is available on the Turkish Income Administration’s

website www.gib.gov.tr. These treaties provide certain tax advantages which need to be analysed on a treaty by treaty basis.

A Decree No. 2012/3305 was passed by the Council of Ministers on July 15th, 2012, which amended the Turkey’s Investment Incentives Regime.

This new law was aimed more at specific sectors which would attract high value-added, high technology and export orientated investments. It

healthy economy with an improved balance of payments record. 12 decrees have since been introduced amending this law, the latest decree

Turkey has realised that for it to compete in global markets, its accounting rules must be compatible with global standards. The need for better

corporate governance, high-quality financial information and transparency was clear. It is for this reason that the new Turkish Commercial Code

No.6102 and Law No.6103 on Validity and Application of the Turkish Commercial Code were passed and became effective as of July 1st, 2012.

The new Commercial Code redefined the rules governing commercial life in Turkey, with a modern approach that will help take Turkey to the

next level in terms of transparency, auditability and reliability.

June 30th, 2012, one day before they came into effect. The Amendment Law watered down the new Commercial Code both for practical

reasons and because some of the new rules were obviously considered too far reaching at this point in time.

Some of the more important new rules brought in by the New Commercial Code, after taking consideration the amendments in Law No.6335,

**  Commercial books of companies will continue to be kept in line with the Uniform Chart of Accounts and Turkish Tax Procedural Law.

**  The Council of Ministers specified on January 13th, 2013 the criteria, applicable as of January 1st, 2013, by which companies are to be

audited. These criteria have been amended in subsequent decrees. The latest decree no.2016/8549 dated March 19th, 2016, determined the

criteria to be as follows :

**  Companies with total assets equal to or higher than TL 40 million.

**  Companies with annual net sales revenues equal to or higher than TL 80 million.

**  Companies with total employees equal to or higher than 200.

With regards the above criteria for the year 2018, for example, the financial statements for the years 2016 and 2017 shall be used for

calculating assets and annual net sales revenues, and the average number of employees for years 2016 and 2017 shall be used for the

number of employees. If at least two of the three conditions are met, the company shall be subject to the independent auditing

**  Companies which are subject to an independent audit are obliged to open a website.

the company. Other B.O.D. members are permitted to borrow from the company as are shareholders under certain conditions.

**  Joint-stock companies and limited liability companies are now allowed to be established with a single shareholder or partner, whereas

Show more
WHAT WOULD YOU LIKE TO KNOW ABOUT Accounting IN TURKEY ? ENQUIRIES