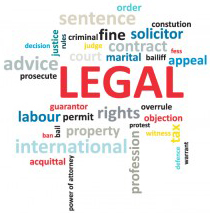 With the implementation of the legal reforms in 1926, Turkey's judicial system has been based on the Swiss Civil Code, the Italian Penal Code, and the

Neuchâtel (Swiss) Code of Civil Procedure. The Republic of Turkey, in accordance with its constitution, designates the Grand National Assembly as the

supreme legislative authority which can create or abolish any law. All state power is derived from the Constitution and sovereignty belongs to the

The Grand national assembly is currently composed of deputies elected from 81 provinces and 85 electoral districts. Turkey held a referendum on

April 16th, 2017, with a majority of Turkish citizens voting for constitutional changes. Following the referendum, various articles of the Turkish

Constitution have been amended. For example, the number of members of the Turkish Parliament has been increased to from 550 to 600 and the age

of political candidacy has been lowered to 18.

The 1982 constitution guarantees that judicial power is exercised by independent courts on behalf of the nation, and prohibits any government

agency or individual from interfering with the operations of the courts and judges. Members of the National Assembly also are not allowed to discuss

or make statements concerning pending court cases. Although trials normally are held in open court, the constitution provides that they can be closed

"for reasons of public morality or public security."

Headed by the minister of justice, the High Council of Judges and Public Prosecutors is the principal body charged with responsibility for ensuring

judicial integrity. This council acts on matters pertaining to the careers of judges, including appointments, promotions, transfers, and supervision.

The high council is empowered to remove judges and abolish courts and the offices of judges and public prosecutors. However, judges themselves

retired involuntarily before the age of 65.

instance and appellate courts. In addition, a Court of Jurisdictional Disputes rules on cases that cannot be classified readily as falling within the

purview of one court system.

The judicial courts form the largest part of the system; they handle most civil and criminal cases involving ordinary citizens. The two supreme courts

decrees at the request of the president or of one-fifth of the members of the National Assembly. Its decisions on the constitutionality of legislation

and government decrees are final. The eleven members of the Constitutional Court are appointed by the president from among candidates nominated

by lower courts and the High Council of Judges and Public Prosecutors. Challenges to the constitutionality of a law must be made within sixty days of

its promulgation. Decisions of the Constitutional Court require the votes of an absolute majority of all its members, with the exception of decisions to

annul a constitutional amendment, which require a two-thirds majority.

courts, both civil and criminal. Its members are elected by secret ballot by senior judges and public prosecutors. Below the Court of Appeals are the

ordinary civil and criminal courts. At the lowest level of the judicial system are justices of the peace, who have jurisdiction over minor civil complaints

and offenses. Criminal courts presided over by a single judge have jurisdiction over misdemeanours and petty crimes, with penalties ranging from

small fines to brief prison sentences. Every organized municipality with a minimum population of 2,000 has at least one court presided over by a

single judge, with the actual number of courts varying according to the total population. Courts presided over by three judges primarily have

jurisdiction over major civil suits and serious crimes. Either of the parties in civil cases and defendants convicted in criminal cases can request that

the Court of Appeals review the lower-court decision. The Turkish courts have no jury system, and judges render decisions after establishing the

facts in each case based on evidence presented by lawyers and prosecutors.

of State reviews decisions of the lower administrative courts, considers original administrative disputes, and, if requested, gives its opinion on draft

are appointed by the High Council of Judges and Public Prosecutors.

civilians accused of terrorism or "crimes against the state." The military court system consists of military and security courts of first instance, a

Supreme Military Administrative Court, an appellate State Security Court, and the Military Court of Appeals, which reviews decisions and verdicts

of the military courts. The decisions of the Military Court of Appeals are final.

The Union of Turkish Bar Associations brings together all 79 local bars representing around 100,000 lawyers. It is illegal for Turkish firms to open

multiple offices in different cities, though this has rarely been enforced.

employed by foreign firms must give up their membership of the Turkish Bar and thereby their right to practice in Turkey. International law firms

are only allowed to advise on international or home law.

Despite this restriction and the difficulties of operating in Turkey with the dual structure of an association agreement, many international law

firms have opened offices in Turkey in recent years. These firms can see the growth potential of Turkey which has established itself as a strong

emerging market over the last decade. There has been a big increase in privatisation, inbound and outbound investment, and major projects in

Turkey, which has consequently become an important attraction for international business.

There are many practice areas in the Turkish legal marketplace. Law firms often present a wide range of specialism, such as in corporate or finance

work, in order that they can assure clients that their needs at every stage of a complex transaction can be met to a high standard. Practice areas

in certain sectors such as energy, infrastructure, banking, and transportation.

Show more
WHAT WOULD YOU LIKE TO KNOW ABOUT LAW IN TURKEY ? ENQUIRIES