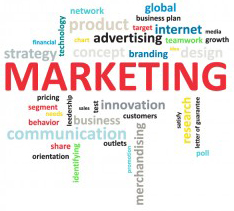 Turkey’s media and entertainment market is a well-established and fast-growing sector. The fact that Turkey has a sizeable, growing and young

Though a large proportion of international services and brands have consolidated their presence in Turkey, there is room for many more.

Furthermore, there are some excellent home grown brands which have the potential to move beyond their local market.

The Turkish economy currently ranks 17th in the world and 6th among the 28 EU countries in terms of GDP, and Turkey is a founding member

of G20. Though Turkey’s application for EU accession has come to an impasse, Turkey has over the years made an effort to bring its laws in line

with those of the EU, and has put out a very strong “open for business” message to international marketers. The Turkish economy has remained

very resilient despite domestic political tensions, the failed coup attempt in 2016, and regional conflicts in recent years. It is expected to achieve

In Turkey, advertising really came of age in the 1980’s with the opening up of the Turkish economy to world markets. With its young population,

relatively easy geographical accessibility and few existing brands, Turkey was just too good to be true and soon attracted the attention of

sophisticated and comprehensive advertising, market shares were achieved by imported products. Following a congestion of advertising

transferring  their know-how and experience to local agencies, the quality of the advertising sector in Turkey greatly improved.

offering good rates of return at a time when the global economy was experiencing very low growth rates and profit margins.

The Turkish advertising sector has grown consistently at double digit figures over recent years. Despite this growth, advertising expenditure

per capita is still low compared with the rest of Europe, and this is why the Turkish advertising industry is attracting so much interest and

investment from newcomers. The Turkish media landscape is vibrant with a multitude of national newspapers competing daily and a wide

range of television channels. Turks have also adapted well to the internet. Turkey has one of the highest averages of citizens per population

using the internet in the world, and leads the list with the highest social media usage through mobile internet, with some 30 million Turks

According to data provided by the Information and Communication Technologies Authority (ICTA), as of the end of the third quarter of 2017,

there were 77.9 mobile telephone subscribers, and the newly introduced 4.5G mobile service was being used by nearly 63 million people.

In 2010, Istanbul was nominated Cultural Capital of Europe. As well as preserving its authenticity, Turkey reflects traditional European values.

The Crystal Apple Award, the country’s creative advertising festival now in its 30th year, has clearly secured the status of an innovating

Turkey also plays a prominent role as the centre of the Turkish world, stretching from north-western China across Central Asia to the

considerable expat population in Germany and the Netherlands. Turkish inhabited lands cover 5 times the surface of France and Germany

together, with a total population of over 140 million.

The Turkish advertising sector has grown consistently at double digit figures over recent years, driven by rising private consumption in the

country and growing demand for advertising services through traditional media channels such as TV or press. TV is the major revenue

generator for the advertising industry, fuelled by the popularity of Turkish soap operas and growing foreign investments into the local TV

industry. Press is the second-largest revenue generator, supported as it is by growing press advertising expenditure by state-owned

companies on newspapers favouring the government. Internet advertising revenue is also growing strongly, fuelled by the increase in

internet and smartphone penetration in the country.

Show more
WHAT WOULD YOU LIKE TO KNOW ABOUT Marketing IN TURKEY ? ENQUIRIES