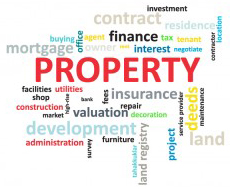 Over the last 15 years, there has been a dramatic increase in interest in Turkish real estate. The reasons for this growing interest are as follows :

1) Turkey has become an ever more popular destination and has been made ever more accessible through the arrival of more airlines, both standard and budget, flying to Turkey. More and more cities throughout the world now have direct flights to Turkey.

2) Turkey’s economy has remained very buoyant and continued to grow at rates above the world’s average. It is seen as an emerging market with many advantages because of its geographical location and young population.

3) The last 15 years has seen significant levels of direct foreign investment in Turkey. This has in turn resulted in an increase in the number of foreigners coming to work in Turkey.

4) House prices in particular have risen very rapidly in recent years and especially in Turkey’s biggest cities. This is despite the strong growth in construction activity which represents over 6% of GDP. Many contractors have resorted to borrowing heavily and in foreign currency to complete projects. There have been fears of a housing bubble, but demand still appears strong with growing interest from foreigners, especially from the Middle East , and of course with the advantage of a growing population. The mortgage market is growing but still in early stages of development, and most transactions are handled with cash payments. Here, sales are performed invariably in terms of a deposit, sometimes an interim payment, and then a final payment on completion of sales.

5) There has been much development in both office and residential property over the last 15 years. This has resulted in an abundance of attractive, well-located and modern property on the market, whether in high-rise buildings close to city centres, resident complexes in the city suburbs, or holiday villas in touristic regions.

6) New variety of properties have come onto the market. For example, serviced smart offices and virtual offices, short-term apart residences, and boutique hotels in and near city centres have been developed.

7) Property in the south of Turkey, where there is a warmer climate, lower cost of living, in addition to the availability of cheap property with good growth potential, is especially attractive to foreigners looking for a retirement home.

9) Over the last decade, the Turkish government has significantly relaxed restrictions on the purchase of property by foreigners in Turkey. When Land Registry Law No. 2644 was amended by Law No. 6302, with effect from 18th May 2012, the condition of reciprocity for foreigners wishing to purchase property in Turkey was withdrawn. In 2013, regulations regarding the issuance of residence permits were relaxed. Foreigners purchasing property in Turkey are now granted a one year residency permit, which can be extended indefinitely as long as they maintain possession of their property.

10) At the beginning of 2017, the Turkish government introduced the incentive of Turkish citizenship for foreigners who have purchased at least one million US dollars worth of property in Turkey. There must however be confirmation that the property has not been sold for 3 years. The government has since exempted foreigners from paying 18% value-added  tax (VAT) on property purchased in Turkey This exemption applies only to foreigners’ first property purchase in Turkey. Payment must be made in foreign currency and the property must not be sold within one year following the acquisition.

There are a number of points which need to be looked into before committing to a purchase. These may be found on the UK government’s website, www.gov.uk/how-to-buy-property-in-turkey , which is a useful guide as to how to buy property in Turkey. Perhaps the most important point is that the buyer must be assured that the seller is the existing owner or their legal representative.

It is to be noted that no final payment should be made to the seller before receipt of the above military permission, if required, or for any other reason. The sale is only complete or legal when the buyer visits the local District Land Registry Office (Tapu ve Kadastro Müdürlüğü) with the seller and signs the transfer agreement in the presence of the Tapu official and receives the title deeds.

Renting property is a more straightforward process. It is important that the contract be translated and understood. The conditions for the return of the deposit on vacation of the property should not be prohibitive. Commission is generally paid by the prospective tenant to the estate agent. This is up to 12% of the total annual rent and is negotiable. This should be agreed with the estate agent before any down payment is made.

It is important for foreigners to understand the legal aspects and procedures before they enter into a purchase or rental agreement for property. Obtaining the services of an independent lawyer, who has no connection with the seller, is especially advised when purchasing property.

Show more
WHAT WOULD YOU LIKE TO KNOW ABOUT Property IN TURKEY ? ENQUIRIES