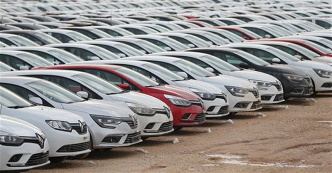 The Automotive Distributors Association (ODD) disclosed that sales of cars and light commercial vehicles in Turkey were 87,401 units in July 2020, an increase of 387.5% on the figure for the same month of the previous year. Sales of cars increased 350.9% to 69,427 units, and sales of light commercial vehicles increased 610.7% to 17,974 units in July 2020 compared with the same month of the previous year. In order to help boost automotive sales which had been lagging badly, and encouraged by the government which was in the process of gradually reducing its main policy interest rate, state and private banks started to introduce cheaper loan packages as of October 1st, 2019. Sales have since recovered subsequently, but the lockdown imposed due to the coronavirus pandemic in April and May has had an adverse effect on sales in those months. With the relaxation of lockdown restrictions in June 2020 and due to the generous loan package terms offered by the three state banks Ziraat Bank, Vakıfbank and Halkbank as from June 1st, 2020, there has been a surge of sales in June and July 2020. There has clearly been a backlog of pent-up demand following the lockdown, and it is unclear whether the improved June and July sales will continue into the following months. However, it should be noted that the Turkish economy fell into deep recession in July of 2019 such that car sales were only 15,398 units and light commercial vehicles were only 2,529 units in that month.