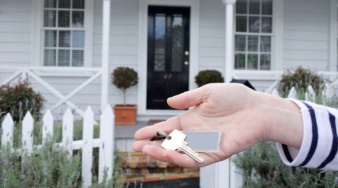 According to figures prepared by the Turkish Statistical Institute (TÜİK – Türkstat), domestic property sales in general in Turkey, that is including both Turkish and foreign nationals, increased by 3.4% in March 2020 to 108,670 units compared with the same month of the previous year. Following the slump in the property market over the last two years, the improvement in property sales which started in August 2019 has been a welcome development. However, the spread of the coronavirus pandemic against which the government started to introduce precautionary measures in the second half of March to restrict gatherings and movement of the population will no doubt have adversely effected property sales during this month. Property sales had increased by 55.8% and 51.3% in January and February 2020 respectively, and a similar increase may have been expected in March if not for the onset of the virus.

Mortgage sales, which made up 39.9% of all property sales, increased by 90.4% to 43,329 units in March 2020, with the lower bank mortgage loan rates in recent months being the main reason for this improvement.

Property sales to foreigners of 3,036 units in March 2020 showed a 3% decrease on the figure for the same month of the previous year, a 24.2% decrease on the figure for the previous month of February, and represents 2.8% of total domestic sales in Turkey in March 2020. The decrease in sales is no doubt due to the spread of the coronavirus which had started to drastically reduce global travel and caused Turkey to gradually close its borders.