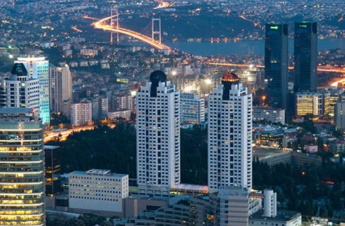 According to figures prepared by the Turkish Statistical Institute (TÜİK – Türkstat), domestic property sales in general in Turkey, that is including both Turkish and foreign nationals, increased by 54.2% in August 2020 to 170,408 units compared with the same month of the previous year.

Following the recent slump in the property market in April and May due to the coronavirus pandemic, as from the beginning of June the lockdown had largely been lifted, and the three largest state banks of Ziraat Bank, VakıfBank and Halkbank extended a new loan incentive scheme with reduced rates to invigorate transition to normalization. Mortgages for new houses have been offered with up to 15 years maturity, with interest rates as low as 0.64% and a grace period of up to 12 months. Property sales in June and July have consequently surged. However, from the second week of August, the Turkish Central Bank, faced with pressure on the Turkish lira had no choice but to increase the cost of borrowing through backdoor measures, forcing banks to increase their interest rates. Indeed, there has been a fall in the increase in August compared with the increases recorded in June and July of 209.7% and 124.3% respectively. With tighter monetary and fiscal measures being introduced by the government, property sales can be expected decrease further in the months to come.