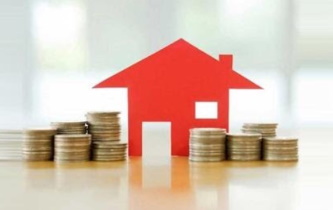 According to figures prepared by the Turkish Statistical Institute (TÜİK – Türkstat), domestic property sales in general in Turkey, that is including both Turkish and foreign nationals, plunged by 55.5% in April 2020 to 42,783 units compared with the same month of the previous year. Following the slump in the property market over the last two years, the improvement in property sales which started in August 2019 has been a welcome development. However, precautions by the Turkish government to prevent the spread of the coronavirus pandemic introduced in the second half of March had already started to have a negative effect on property sales that month. Throughout the month of April, measures to isolate the population and prevent movement became stricter. Under these circumstances, many potential property buyers would have postponed their efforts to research and view property, and it is surprising that so many units were sold as they were.

Property sales to foreigners of 790 units in April 2020 showed a 78.8% decrease on the figure for the same month of the previous year, a 74% decrease on the figure for the previous month of March, and represents 1.8% of total domestic sales in Turkey in April 2020. The decrease in sales is no doubt due to the spread of the coronavirus which has drastically reduced global travel and caused Turkey to close its borders.