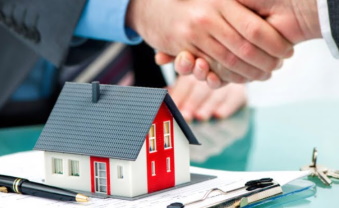 According to figures prepared by the Turkish Statistical Institute (TÜİK – Türkstat), domestic property sales in general in Turkey, that is including both Turkish and foreign nationals, rose by 55.8% in January 2020 to 113,615 units compared with the same month of the previous year. Following the slump in the property market over the last two years, the improvement in property sales which started in August 2019 is a welcome development. The media however has highlighted the fall in property sales of 43.8% from 202,074 units in December 2019 to 113,615 units in January 2020, but overlooked the fact that a fall in sales over the yearend is however seasonal as buyers and sellers look at avoiding increased tax and other fees in the new year. The fall is however significant and may well indicate a new downturn in the housing market.

Mortgage sales, which made up 37.2% of all property sales, increased by 546.1% to 42,237 units in January 2020, with the lower bank mortgage loan rates in recent months being the main reason for this improvement.

The number of property units sold for the first time, which made up 31.7% of total property sales, increased by 16.1% in January 2020 compared with the same month of the previous year. This offers some hope to the construction sector which is still stuck in the ongoing economic recession. Used property sales which made up 68.3% of total sales in January 2020 increased by 82.5%.

Property sales to foreigners of 3,907 units in January 2020 showed a 23.3% increase on the figure for the same month of the previous year, and represents 3.4% of total domestic sales in Turkey in January 2020. Sales for the year 2019 were 45,483 units, 3.4% of the total, and an increase of 14.7% on the 39,663 units for 2018, which was in turn 78.4% higher than the figure for the previous year 2017. The reason for the high number of property sales to foreigners over the last two years has been the weaker Turkish lira and the government’s easing of citizenship requirements in 2018 for foreigners, who can now obtain Turkish citizenship if they own real estate in Turkey worth a minimum of USD 250,000.