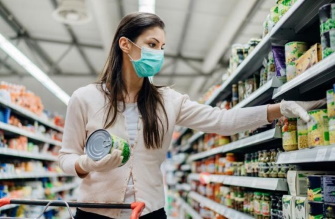 The Turkish Statistical Institute (TÜİK - TurkStat) announced an increase in the consumer inflation rate for July 2020 compared with the previous month as 0.58%, resulting in a decrease in the annual-to-date rate to 11.76% from the previous month’s rate of 12.62%. Market analysts had predicted a higher monthly rate increase of around 0.85%.

The highest monthly increase was recorded in transportation with 2.44%, followed by miscellaneous goods and services with 2.39%, household goods with 2.38%, communications with 1.76%, education with 1.74%, entertainment and culture with 1.33%, and restaurants and hotels with 1.22%. The highest monthly decrease was recorded in clothing and footwear with 3.48%, followed by food and non-alcoholic beverages with 1.28%. The lowest monthly increases were recorded in alcoholic beverages and tobacco with 0.23%, health with 0.80%, and housing with 0.93%.

The highest annual increase was recorded in miscellaneous goods and services with 21.90%, followed by alcoholic beverages and tobacco with 21.78%, health with 14.17%, food and non-alcoholic beverages with 12.73%, education with 12.60%, housing with 12.53%, restaurants and hotels with 10.92%, and clothing and footwear with 10.34%. The lowest annual increases were recorded in communications with 5.81%, followed by entertainment and culture with 6.04%, and household goods with 7.78%.

There is much speculation as to the accurateness of the inflation figures produced by TurkStat as ordinary citizens understandably feel that they have experienced a much higher rise in the cost of living over the last year. The on-going coronavirus pandemic is having a mixed and unpredictable effect on inflation in Turkey. As the country works towards normalisation, pandemic restrictions having been relaxed from June, so demand for many consumer goods and services not earlier accessible have increased. The cheap credit offered by the state banks as from the beginning of June especially for automobiles and housing will also most likely however push up prices in these sectors. On the other hand, a large part of the population was economically deprived during the pandemic shutdown and will be reluctant to spend depleted savings until their economic situation has been corrected and especially in light of a potential second wave of the pandemic.