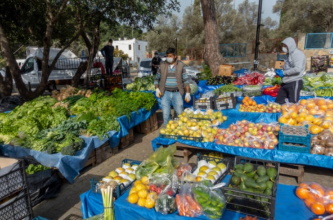 The highest monthly increase was recorded in health with 4.25%, followed by housing with 3.02%, household goods with 2.90%, food and non-alcoholic beverages with 2.48%, miscellaneous goods and services with 1.94%, and restaurants and hotels with 1.56%. Monthly increases were also recorded in entertainment and culture with 1.23%, transportation with 1.12%, alcoholic beverages and tobacco with 0.67%, and communications with 0.31%. Monthly decreases were recorded in clothing and footwear with 4.37%, followed by education with 0.03%.

There is much speculation as to the accurateness of the inflation figures produced by TurkStat as ordinary citizens understandably feel that they have experienced a much higher rise in the cost of living over the last year. The Turkish Central Bank revised its inflation rate forecast for 2021 to 9.4% on 28.10.2020. The new economic team which took over in early November 2020, decided in its 2020-IV Inflation Report of January 28th, 2021 to keep the inflation forecast for 2021 unchanged at 9.4%. The January 2021 inflation rate of 14.97% is now 2.03 percentage points below the Bank’s policy interest rate of 17%. With its new economic team, the Turkish government has indicated that it is prepared to introduce a tighter monetary policy to stabilise prices. It has yet to be seen whether the government’s new approach will result in a more credible inflation rate being put forward.