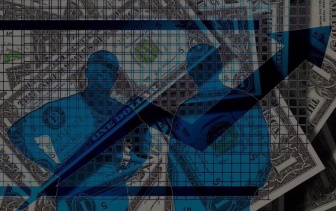 The problem with these new regulations is that they are subjective. Anybody, whether a financial analyst, a broker, a commentator, a blogger, or someone who has made his or her views public in any way may be accused of spreading rumours to the detriment of the financial instrument he or she is referring to. It is claimed that financial analysts which have big followings on social media are the target of these new regulations. However, bankers and financial consultants advising clients on which financial instruments to invest will also feel targeted by these extraordinary and unprecedented regulations. Many foreign banks in particular may feel threatened by these regulations and thereafter refuse to operate in F/X markets through their operations in Turkey.

These regulations are a sad development and only add to Turkey’s poor record on freedom of speech. They also come at a time when the Turkish lira is continually losing value having reached TL 7.24 against the US dollar before settling back to TL 7.13, a 20% devaluation since the beginning of the year. The Turkish lira is under severe pressure as a result of the damage to the Turkish economy caused by the coronavirus pandemic. Exports are falling and the prospects for the Turkish tourism industry this year look bleak. The Turkish Central Bank no longer has the reserves available to support the Turkish lira  and has so far been unable to organise swap transactions with foreign central banks. BDDK’s regulations seem to have been introduced out of sheer frustration and desperation.

BDDK has also today blocked BNP Paribas, Citibank and UBS from carrying out Turkish lira-foreign exchange transactions. It is believed that the reason for this was that these three banks did not meet commitments on swap transactions entered into, in that they bought large sums of  foreign currency and then defaulted on Turkish lira liabilities.