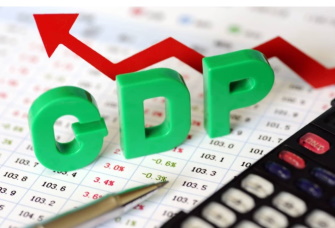 According to figures prepared by the Turkish Statistical Institute (TÜİK – TurkStat), Turkey’s gross domestic product (GDP) grew by 6.7% in the third quarter of 2020 compared with the same period of the previous year. The third quarter’s gross domestic product (GDP) for 2020 using the production calculation method at current prices was reported as TL 1,419 billion (USD 197 billion), which is a 22.5% increase on the TL 1,158 billion (USD 204 billion) figure for the same period of the previous year based on the Turkish lira figures. The 6.7% growth represents in US dollars the percentage increase in the seasonally and calendar adjusted GDP figure prepared using the chain-linked volume index.

The 6.7% growth, following the 9.9% contraction of the second quarter caused by the coronavirus pandemic, reflects the normalisation and recuperation of the economy. This performance compares astonishingly well with other both emerging and developed markets, which are mostly showing contractions and struggling to throw off the shackles of the pandemic.

On a sectoral basis, the growth rates were recorded as follows: financial and insurance services 41.1%; information and communication 15%; industry 8%; construction sector 6.4%; agriculture 6.2%; other services 6%; property 2.8%; public administration, education, health and social services 2.4%; and services (wholesale and retail trade, transport, storage, accommodation and food service activities) 0.8%. On the other hand, there was a contraction in professional, administrative and support services of 4.5%.

The coronavirus pandemic caused a significant slowdown in economic activity in Turkey in the second quarter of 2020. The Turkish government’s efforts to encourage growth and speed up normalisation following the first wave of the pandemic by bringing down interest rates to allow state banks in particular to provide cheap loans for cars and houses have been the main driving force behind growth in the third quarter. In the New Economic Program announced on September 29th, the Turkish economy was forecast to grow by 0.3% this year.