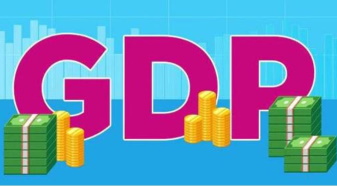 According to figures prepared by the Turkish Statistical Institute (TÜİK – TurkStat), Turkey’s gross domestic product (GDP) grew by 6% in the fourth quarter of 2019 compared with the same period of the previous year. There were signs that despite the on-going economic recession, efforts by the Turkish government to support growth in the economy through implementation of lower interest rates were having a positive effect. Quarterly growth rates improved from (2.3%), up to (1.6%), and finally up to 0.9% growth in the third quarter of 2019. The result for the fourth quarter was expected to be at least 5% resulting in an overall small growth rate for the year of 2019. Indeed, a 6% growth was recorded in the fourth quarter, with the third quarter’s growth rate being revised from 0.9% to 1%, and the overall growth rate for the year 2019 given as 0.9%.

TurkStat reported that the fourth quarter’s gross domestic product (GDP) at current prices was TL 1,190 billion (USD 205.7 billion). The growth in the fourth quarter was largely driven by imports and household consumption encouraged by cheaper credit. İmprovement in industrial output was minimal and the construction sector in particular again performed badly.