Turkey’s economy recorded a growth of 4.5% in the first quarter of 2020 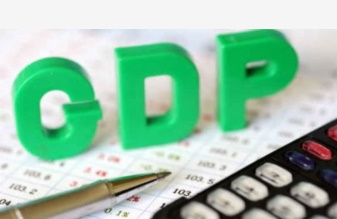 According to figures prepared by the Turkish Statistical Institute (TÜİK – TurkStat), Turkey’s gross domestic product (GDP) grew by 4.5% in the first quarter of 2020 compared with the same period of the previous year. The first quarter’s gross domestic product (GDP) for 2020 using the production calculation method at current prices was reported as TL 1,071 billion (USD 176.1 billion), which is a 16.2% increase on the TL 922 billion (USD 171.7 billion) figure for the same period of the previous year.

The 4.5% growth was presented by the Turkish government as a success, and indeed at first glance this would seem to have been the case when one takes into consideration the on-going economic recession and the spread of the coronavirus to Turkey in mid-March. However, it should be taken into account that the comparative figure used for the first quarter of 2019 was itself a contraction of 2.3% on the first quarter of the previous year. The growth figure presented was below the predictions of economic analysts which ranged from 4.9% to 5.4%.

The growth in the first quarter, which was driven by government spending and household consumption, which rose 6.2% and 5.1% respectively compared with the same period of the previous year, was boosted with a surge in consumption that occurred in March just before a lockdown to stem the spread of the coronavirus pandemic was put in place. Gross fixed capital formation and exports of goods and services however fell 1.4% and 1% respectively year-on-year, whereas imports of goods and services increased 22.1%.

On a sectoral basis, the highest growth was recorded in other services with 12.1%, followed by information and communication with a growth of 10.7% and industry with a growth of 6.2%. The agricultural sector showed an increase of 3%, whereas the construction sector performed badly yet again with a contraction of 1.5%.

The coronavirus pandemic will cause a significant slowdown in economic activity in Turkey  in the second quarter of 2020. Though the Turkish government has encouraged manufacturing to continue, the lockdown of the population has drastically reduced domestic consumption. There will also be extreme fiscal pressure on the government as a result of falling tax income and the need to provide financial support to the population and companies deprived of income. Turkey’s locomotive industry and Turkey’s biggest exporter, the automotive industry, has been shut down for two months and the tourism industry, a very important source of foreign currency, is unlikely to operate fully this season.

The Turkish economy was expected to grow 5% in 2020 before the onset of the outbreak, as laid out in the country's new economic program announced last September. However, it is now unlikely that the economy will be able to record a growth this year, with many international financial institutions forecasting a contraction of the economy.