Turkey’s exports fall 40.9% in May 2020 due to coronavirus per preliminary calculations 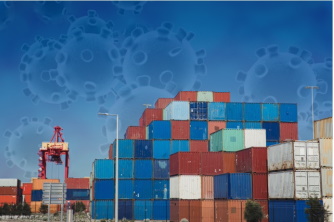 The energy sector lost its first place again in the imports table in May 2020, as in April 2020. Due to the coronavirus pandemic, production in Turkey’s industry has largely scaled down, roads have been emptied of traffic, and the population has economised on use of home-use electricity and natural gas. The global energy markets have also seen upheaval and energy prices have plummeted. The energy import figure consequently fell to USD 1,055 million in April 2020 and USD 1,293 million in May 2020. The May 2020 figure was 9.6% of total imports, compared with 8.1% in April 2020, 14.5% in March 2020, and with 19.7% in the same month of the previous year. In May 2020, energy imports came in third behind machinery and mechanical equipment (1,606 million) and precious metals (USD 1,442 million).