Turkey’s exports fall 41.4% in April 2020 due to impact of coronavirus 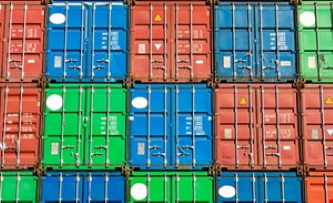 According to figures prepared by the Turkish Statistical Institute (TÜİK- TurkStat) in cooperation with Turkey’s Ministry of Trade, and using the General Trade System (GTS) calculation method, Turkey’s foreign trade deficit was USD 4,564 million in April 2020, 67% higher than the figure for the same month of the previous year, but 16.1% lower than the deficit figure of USD 5,439 million for the previous month of March 2020.

Exports totalled USD 8,990 million and imports totalled USD 13,553 million in April 2020. The export figure was a 41.4% fall and the import figure a 25% fall on the figures for the same month of the previous year. The export figure was 32.8% lower and the import figure 28% lower than the respective figures for the previous month of March 2020. The fall in export figures in April was a direct result of the impact of coronavirus pandemic. Turkey’s automotive industry, the locomotive behind Turkey’s exports, has for example been particularly hard hit with all manufacturing facilities shut down during the month. Global supply networks and global demand have been upset and many exporters have seen delays on imported materials and cancellation of orders.

Automotive exports, for many years consistently Turkey’s biggest export item, fell to fourth place in April 2020.  The leading export item this month was mechanical machinery with USD 917 million (10.2% of total exports), followed by iron &steel with USD 654 million (7.3%), electrical machinery with USD 532 million (5.9%), and automotive with USD 518 million (5.8%). Automotive exports had consistently previously been over 15% of total exports, but the impact of the coronoavirus pandemic had caused Turkey to largely close down automotive production in April. This situation will be repeated in May since production did not restart until the end of that month.

Turkey’s main import item in April 2020 was mechanical machinery with USD 1,546 million (11.4% of total imports), followed by energy substances with USD 1,483 million (10.9% of total imports). Energy substances had previously always been the leading import item accounting for consistently around 20% of total imports. The fall in global energy prices as a result of the coronavirus pandemic’s negative impact on world trade has drastically reduced Turkey’s energy bill. With many factories temporarily closing down production and with the population encouraged to stay at home if possible, energy consumption in Turkey has also substantially decreased.