Turkey’s foreign trade activity falls 34.3% in April 2020 due to coronavirus per preliminary calculations 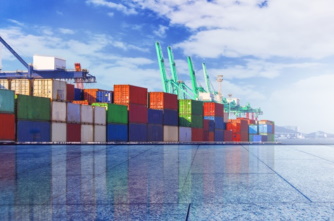 The GTS method, which is more inclusive, has been seen to provide more positive trade figures, and the Trade Ministry clearly wants to take advantage of this change in calculation. The Trade Ministry, in its monthly preliminary reports of trade figures, has shown over the last year both the GTS and STS figures one after the other in the same report. However, in its press announcements and bulletin summaries, the Ministry has prefered to convey the GTS figures only.

The Turkish Statistical Institute (TÜİK- TurkStat) continued to provide its monthly detailed data using the STS method over the last year because it needed time to calculate the relative GTS figures going back to and including 2013 for comparative purposes. However, as from January 1st, 2020, having completed its back calculation of GTS figures, it is clear that TurkStat has decided to give precedence to the GTS calculation method of foreign trade over the STS method. TurkStat is continuing to prepare foreign trade figures according to the STS method, but is likely to discontinue presentation of STS data at some time in the future.

For these reasons, our website has decided to analyse Turkey’s foreign trade data according to the GTS method as from January 2020, and visitors to our website should be aware that our analyses will be based on different data prior to and subsequent to 2019 yearend.

As a reminder, there are broadly two approaches, closely linked with customs procedures, used for the measurement of international trade in goods. These are the general trade system and the special trade system. The General Trade System (GTS) is the wider concept and under it the statistical territory includes customs warehouses, all types of free zones, free circulation area and premises for inward processing. The Special Trade System (STS), on the other hand, is a narrower concept. Customs warehouses, all types of free zones and premises for inward processing are excluded from the statistical territory by the strict definition of the special trade system; thus only imports and exports of the free circulation area are recorded.

The percentage of imports met by exports was 69.4% in April 2020 compared with 84.9% in the same month of the previous year.

The automotive sector has for the first time this month lost its first place spot in the export table. Due to the coronavirus pandemic, automotive manufacturing plants had mostly been closed in the month of April. Automotive exports in April 2020, most likely largely attained from stocks, were USD 518 million, 5.8% of total exports. Normal monthly automotive exports are over USD 2 billion and around 14-15% of total exports. Automotive exports in the month of April fell to fourth place behind machinery and mechanical equipment (USD 918 million), iron and steel (USD 654 million), and electrical machinery and equipment (USD 531 million).