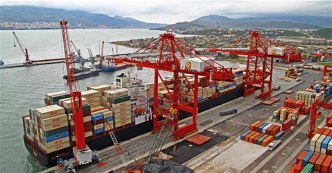 According to preliminary figures provided by the Trade Ministry based on the General Trade System (GTS), Turkey’s foreign trade deficit for August 2020 was USD 6,312 million, 169.7% higher than the USD 2,341 million deficit figure for the same month of the previous year, and 130% higher than the USD 2,846 million deficit figure for the previous month of July 2020. The high trade deficit in August has been attributed to some USD 4 billion imports of gold this month. However, exports have nevertheless appeared to have weakened this month despite the normalisation of trade since the pandemic shutdown earlier in the year. Lower exports in turn would appear to be due to poorer automotive exports. If the gold imports are a one off event, then the deficit can expect to narrow substantially in September.

The percentage of imports met by exports was 66.4% in August 2020 compared with 85% in the same month of the previous year.