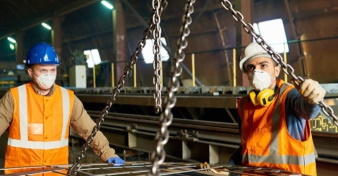 According to figures released by the Turkish Statistical Institute (TÜİK – TurkStat), Turkey’s unemployment rate remained at 13.4% in July 2020. The figure for the month of July of the previous year was 13.9%. The rate for July 2020 comprises all those of 15 years of age and above, and represents a total figure of unemployed of 4,227,000, a decrease of 369,000 on the figure for the same month of the previous year.

There is much criticism of TurkStat’s employment statistics because of its definition of unemployed as those who have registered for unemployment within the last four weeks, whereas before 2014, this period was three months. Based on many independent sources such as trade unions, the real unemployment rate is at least two times the official TurkStat calculation.