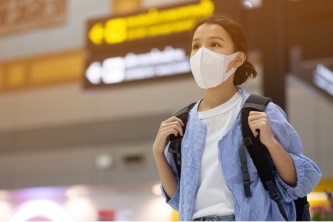 The Turkish tourism industry had shown a very successful recovery since 2015 when there was a stand-off with Russia over the shooting down of a Russian jet which resulted in a boycott by Rusian tourists. Turkish tourism, which broke all records in 2019 and was preparing to attract even more tourists in the years to come, was a valuable source of foreign exchange for the Turkish government at a time when the Turkish economy was in recession. Unfortunately, the Turkish tourism industry has from the beginning of the year been faced with the growing spectre of the coronavirus pandemic. Turkey, in an effort to stem the spread of the virus from abroad, has been forced to restrict the influx of foreigners. Starting with China on February 3rd, 2020, Iran on February 23rd, and Italy, South Korea and Iraq on February 29th, passenger flights from nearly if not all global destinations have been stopped during March. The number of foreign visitors from OECD countries fell 65.9% in March 2020, whereas visitors from countries banned as from February have dried up.

In April, no foreigners will be visiting Turkey for touristic purposes, and only foreigners with special permission will be allowed into the country. It is unlikely that Turkey will be opened up to foreign tourists before the end of May, until when lockdown regulations will continue to be enforced. Even if lockdown restrictions are relaxed in June, borders with some countries may remain closed and flights to and from many countries will remain closed. It therefore seems very unlikely that the Turkish will be in a position to accept foreign tourists at major resorts in particular this season. The cost to Turkey’s tourism industry and to the Turkish economy as a whole will be severe this year.