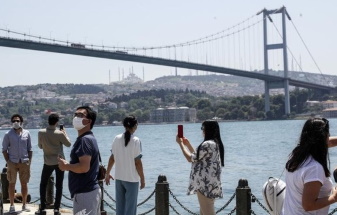 The Turkish tourism industry had shown a very successful recovery since 2015 when there was a stand-off with Russia over the shooting down of a Russian jet which resulted in a boycott by Russian tourists. Turkish tourism, which broke all records in 2019 and was preparing to attract even more tourists in the years to come, was a valuable source of foreign exchange for the Turkish government at a time when the Turkish economy was in recession. Unfortunately, the Turkish tourism industry has from the beginning of the year been faced with the growing spectre of the coronavirus pandemic. Turkey, in an effort to stem the spread of the virus from abroad, had been forced in the second quarter of this year, to restrict the influx of foreigners. From the beginning of the third quarter however, Turkey has slowly lifted restrictions on the influx of visitors from abroad, but the numbers coming to Turkey have been considerably below the levels seen in the previous year of 2019. The cost to Turkey’s tourism industry and to the Turkish economy as a whole will be severe this year.