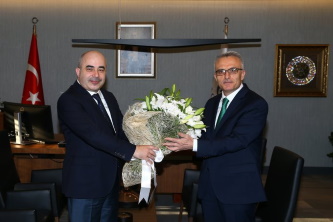 Turkey's President Recep Tayyip Erdoğan has removed Murat Uysal from his position as the governor of the Turkish Central Bank. This decision was taken following the slide of the Turkish lira to its current value of TL 8.52 against the US dollar, which represents a devaluation of more than 43% since the beginning of this year. Erdoğan has replaced Murat Uysal with ex-finance minister Naci Ağbal. who is the fourth central bank governor in five years. Ağbal had been finance minister from 2015 until 2018, when he was appointed to head the directorate of presidential strategy and budget. The presidential decree was announced in the early hours of Saturday in Turkey’s Official Gazette and gave no reason for the surprise move. However, the poor performance of the Turkish lira this year is generally understood as the underlining reason.

Market analysts see Ağbal as a close Erdogan ally, and as a more capable and qualified manager who could take a more orthodox approach to policy, whereas Uysal was in their view just a simple technocrat. While they accept Uysal’s leadership as disastrous, they believe that Ağbal cannot possibly be worse. This is a little unfair on Uysal since it is widely understood that it was Erdoğan who was very much at the reins of Central Bank monetary policy. If there is justified criticism of Uysal it is that he remained a mere puppet of Erdoğan and should have been braver in standing up to the pressures from above.

Erdogan, who proclaims himself as an enemy of high interest rates, has repeatedly called for lower borrowing costs. To promote growth, the interest rate was gradually reduced from 24% in July 2019 to 8.25% in September, when Erdoğan reluctantly allowed the rate to be increased by 200 basis points to 10.25% to protect the Turkish lira. Erdoğan’s attempt to increase growth at a time when the economy had underlying structural problems, at a time of high inflation, at a time of growing fiscal deficits, and during the coronavirus pandemic, has put the Turkish lira under tremendous strain. Despite the Central Bank using up over USD 100 billion in foreign currency reserves, the lira has continues to fall.