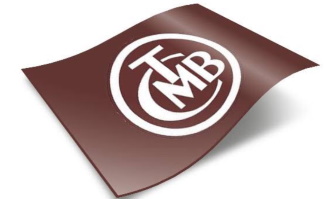 According to the Turkish Central Bank’s International Reserves and Foreign Currency Liquidity report, the Bank’s total gross reserves increased by 12.8% in the month of December 2020. The reserves value as of December 31st, 2020 was USD 93.3 billion, compared with USD 82.7 billion as of the end of November 2020.

With regards its short-term liabilities in December 2020, the Bank made the following declaration on its website :

“Short term predetermined net drains of the Central Government and the CBRT (foreign currency loans, securities, FX deposit liabilities) increased by 2.4 percent to USD 28.3 billion, of which almost USD 23 billion in principal repayments and USD 5.3 billion in interest payments. Additionally, outstanding FX and gold liabilities arising from the CBRT’s financial derivative activities with resident and non-resident banks recorded USD 61.9 billion, of which USD 23.4 billion is due in one month.

Contingent short-term net drains on foreign currency consists of “collateral guarantees on debt due within one year” and “other contingent liabilities (“Required Reserves in Blocked Accounts in Foreign Currency and Gold” and “Letters of Credit” items in the CBRT’s balance sheet). These liabilities recorded USD 46.7 billion increasing by 15.6 percent compared to the previous month.”

Market analysts have estimated that in the 22 month period of January 2019 through to October 2020, some USD 128 billion in foreign currency reserves have been sold through state banks to protect the Turkish lira. This claim has yet to be responded to by the Turkish Central Bank. These transactions have resulted in a negative reserve balance, which was calculated as -USD 49.5 billion as of the end of November 2020.